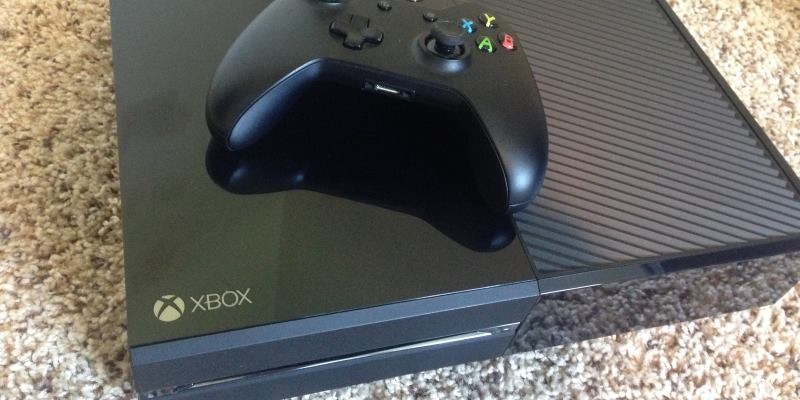 The first video game platform I am going to cover is the Xbox One. Here is the basic information on it:

Alright, let’s dig into these a bit.

First off, let’s take a look at the hardware. Currently, there are 3 different versions of the Xbox One available.

One thing to keep in mind when you are looking to purchase a console is the game or games that come bundled with it. The Xbox One currently (as of August 18, 2015) has bundles with Halo 5 (a special edition that is $499), Madden 16, FIFA 16, Forza Motorsport 6, Gears of War Ultimate Edition, Halo: The Master Chief Collection, and Assassin’s Creed Unity and Black Flag (with Kinect, my review).

Microsoft is the company that manufactures the Xbox One hardware and curates the games that are allowed on the platform. The Xbox One is the third console in their Xbox line.

There is one major difference between the Xbox One and the other consoles given that Microsoft is the platform holder. As you probably know, Microsoft is also the company behind Windows, the operating system that runs the majority of the worlds home PCs. This allows them to integrate the Xbox One and home PCs unlike anyone else.

Microsoft has ramped this integration up with the recent release of Windows 10. Windows 10 comes with the Xbox app that allows you to stream Xbox One games to your PC, create gameplay clips just like on the Xbox One, and chat with players on either the PC or console.

I listed some of the major platform exclusives above. The Halo and Gears of War franchises have been ones that have driven the sales of Xbox consoles for a while. They are the heavy hitters in that list for sure.

You might notice that I have “timed” in parentheses next to Rise of the Tomb Raider. This means that it is exclusive to Xbox (it’s actually coming out for the Xbox One and 360 initially) for a while but will eventually come out on other consoles as well.

There is one other thing to keep in mind with Xbox One exclusives. A lot of gamers are hoping to see more Xbox One exclusives come to the PC, given how Microsoft is working to integrate the two. We have already seen this some with Gears of War Ultimate Edition announced for both platforms.

You check the full list of Xbox One games to see what other games are exclusive to the console.

The online platform the Xbox One uses is called Xbox Live. New accounts created by a user are free but have certain restrictions. The premium membership is called Xbox Live Gold. It cost $9.99 for a monthly subscription, $24.99 for 3 months, and $59.99 for a year. The advantages to having a Gold account are:

So, is the $60 worth it? As with any of these questions, the answer is, it depends. If your gamer wants to play with his friends, you do not have any choice. The good thing is your gamer will get new games to play every month, which could potentially save you money in the long run. Of course, you will want to be aware of what those games are to make sure he is not play something you do not approve.

Modern consoles are doing a better job of including tools to help parents control the content their children can access. The Xbox One is no exception.

In the future I am going to do a detailed video going over the parental controls on the Xbox One. For now, you can check out this guide on Tom’s Guide.